Some people say that Newton had Asperger’s Syndrome.      He definitely was not at all sociable but was very focused on his work.       See article.

It is said that he was sitting under a tree when an apple fell on his head, which got him thinking about the nature of gravity.      His three laws of motion, mathematically formulated, have played a significant role in developing the modern world we live in today      They are still used by engineers and scientists.

Does Bill Gates have Asperger’s?       Opinion is divided.       Here is an easy reading On-line discussion.        Both sides of the argument have a case, but it seems reasonable to believe that he might.

Click play button for a watchable 8 minute video about Bill and the rise of MS Windows.     Also here is a 3 minute interview with him in 1991.*
If you are interested in computers you might like to have a look at his career.

Here is a thoughtful article about Gates and children with Asperger’s.       Then, in Undiagnosing Gates, the writer explores in some depth the reasons why people might think that some famous people are or were on the autistic spectrum.        He offers an intelligent critique. 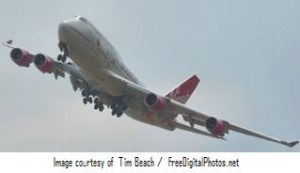 People with Asperger’s tend to be unconventional.      This can sometimes be an advantage.       Richard Branson has defied convention in quite a few ways, often with considerable success.      Here are some examples:

Of course, there are always disadvantages of being on the Autistic Spectrum.       For a more every-day kind of story you might like to try  Have~You~Seen  on Roy Cropper.

Celebrities on the spectrum

Dan Harmon is an American writer and performer.       He has said that he is on the autistic spectrum and discusses Asperger’s syndrome as portrayed in one of his characters in his TV comedy series Community.       Here is an article about his leading role in the series.