Mark Haddon, The curious incident of the dog in the night-time .
Christopher Boone is a 15-year-old who with Asperger’s syndrome.     When he finds a neighbour’s dog murdered, he sets out on a journey which will turn his whole world upside down.       See:  Good Reads        Amazon        Library record 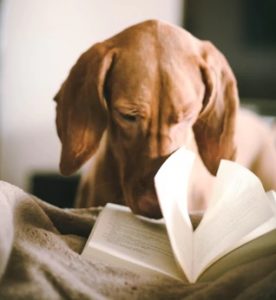 The following books can be requested from Grantham Library or on-line.       They charge 25p per book to notify you by email or text that your book is ready to collect or 50p to notify you by post.           (At time of writing)

– Claire Sainsbury, Martian in the Playground.      ‘Enlightening and encouraging’   J K, GAIN
The author draws on her own experience and that of others to show what life is like for school children with Asperger’s Syndrome.      Find out more at   Good Reads  and   Amazon .      There are two copies of this book in Lincolnshire libraries:    Library record

– Oliver Sacks, An Anthropologist on Mars – seven paradoxical tales.       Case histories of neurological disorders of many kinds.      The final case history is of a lady with autism whose name is Temple Grandin.        Find out more at   Good Reads      Wikipedia      Library record

– Mark Williams & Danny Penman,  Mindfulness.      A programme of cognitive therapy developed by Oxford University psychologist
Professor Mark Williams with colleagues around the world.      There should be an accompanying CD.      It aims to help you to reduce anxiety and stress and to give you greater control over the way your mind works.       Find out more at:   Good Reads        Amazon         Library record.        Click for  More books  on Mindfulness.

There are many books in Lincolnshire Libraries on the 17th century physicist and mathematician Isaac Newton, several of which can be found in the Grantham branch.        Some historians believe he had Asperger’s Syndrome.        See:  Library search  and also Famous People.

There are many more books in Lincolnshire libraries on autism and Asperger’s.
To browse see:  autism        asperger        Lincolnshire Libraries       Once you have logged in you can reserve books on-line to pick up at your local library.

The following are not about autism but might offer a good read.        As they say, all work and no play …

– John Grisham.     If you like legal dramas you might enjoy many a happy hour with this author’s books.      His stories are set in the USA.      For a handy guide to his work see  Books .        Click Library list for the library catalogue list.       To find out about the author, see  Biography .

Among his books is a series about a 13 year old boy, called Theodore Boone, who fancies himself as a lawyer – like his parents.        It illustrates life skills,  describing the thinking processes of an adolescent in an adult world.        For a handy guide to this series, click on  Reviews .        See also Library list.

– P D James, Death comes to Pemberley      Have you seen the 3 part TV dramatisation of this book?      The book lays out the plot in more detail.       It makes it much clearer what really happened, and why.       If you watch the TV series after having read the book, you will see passing references to all the key elements of the background story that might have passed you by on a first viewing.       See  Library records.

– Joanna Trollope, The Best of Friends.      This book is about two families that are linked by a longstanding friendship between two of the members.       It charts relationships within and between the families.

Interestingly, the thoughts of the characters are described, providing insight into the psychological and social dynamics involved.       For example, conversations between two of them are said to have had several unwritten rules,        “… neither of them ever said anything really savagely unpleasant about husband  or children and … it was a requirement to be as hilariously funny about the day’s disasters as possible”.
See:  Good Reads        CD at library         Amazon.