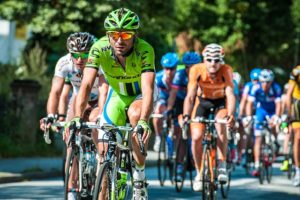 Mountain stages offer dynamic cycling action in scenic surroundings.        Here is a sequence of video clips from a mountain stage.       The ITV tour coverage has commentary rather than music, though.

If you watch the tour they often mention the peleton.        Do you know what it is?         It works on the same principle as birds that you might have seen migrating in a V-shaped formation.

Changing the subject, here is an article about bike share programs around the world. 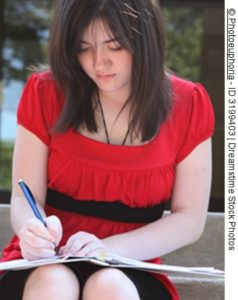 Here are a couple of new fun quizzes for you to try, maybe in the comfort of your own home.         You may have heard that honesty is the best policy, but do you know  when to zip your lips ? 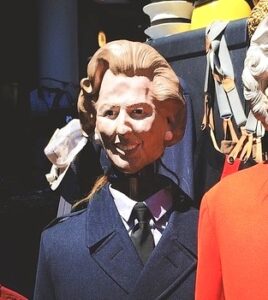 You may have heard of Margaret Thatcher, particularly since she grew up in Grantham and went to the High School.       We introduced her in May in connection with two Bryan Adams songs.      Now here is the story of her life in slightly more detail.      On a lighter note, here are some of her more pithy quotes .      Bear in mind, though, that not everyone has it in them to work as hard as Mrs T for as long as she did.

As prime minister she believed in free markets and wealth creation.       Dire Straights captured something of the mood of the time with their hit song Money for Nothing – click play on the left to listen.

The comedian Harry Enfield mischievously created the character Loads-a-money – click play on the right to view.        Best not to copy the behaviour, though, it is socially unacceptable – which is what is supposed to make it funny.

She drove through the selling off of many of the state owned utilities.       The Pet Shop Boys came up with a song about the sell off called Shopping.       Click play for a performance.

ITV broadcast the satirical puppet show Spitting Image in the 1980s.        Click play for one of their portrayals of the Thatcher cabinet .

Catherine Tate is a very popular comedian.        Chances are you have seen her on TV.         In this video clip,       Lauren, one of Catherine’s characters, takes her bad attitude into her  French Exam  and then to Albert Square for a Children in Need  Eastenders Special.

She is actually quite well adjusted in real life, which goes to show what a good actor she is.      Here are a few  pictures  of her, too.      Some aspies may like doing performance art.

starts in Leeds on Saturday, July 5 and finishes in Paris on Sunday, July 27.
Read more at http://www.cyclingweekly.co.uk/racing/tour-de-france#HJxtdZqgBg4ALaaj.99